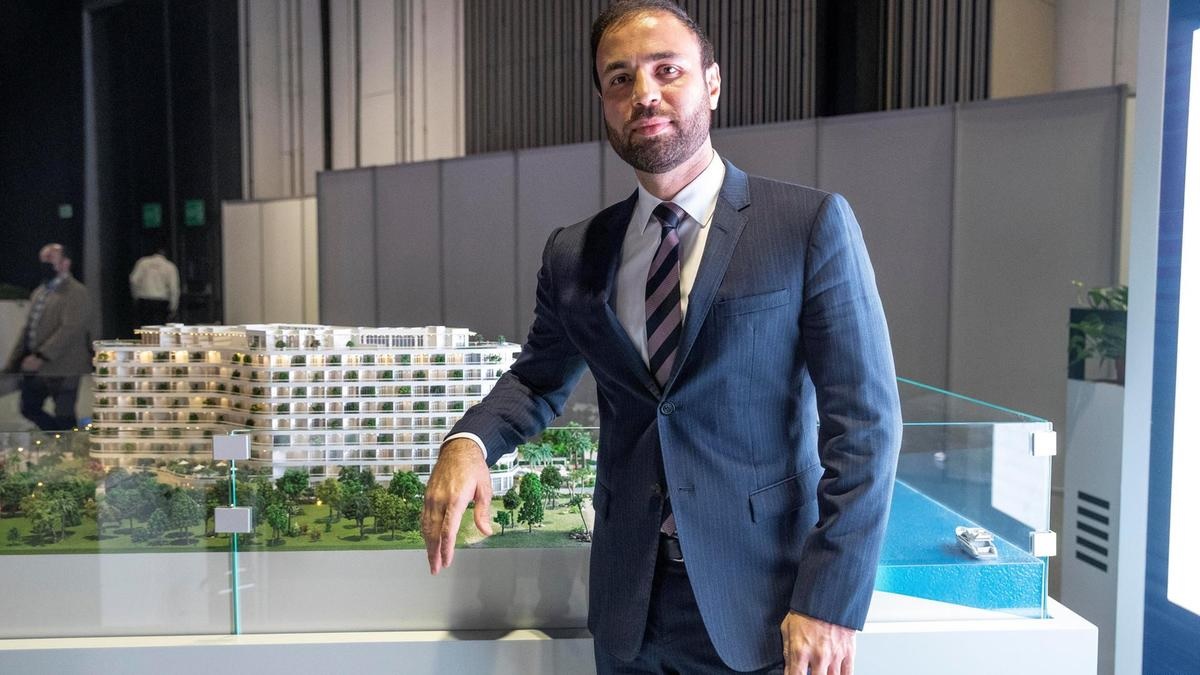 Upbeat on Dubai Expo and Covid vaccine, Azizi plans $1.9bn of projects in 2021

The company plans to launch 40 to 50 new projects next year as it eyes a public offering, CEO says

Azizi Developments plans to spend Dh7 billion ($1.9bn) on 40 to 50 new projects next year, buoyed by the upcoming Expo2020 and a market rebound in the wake of a Covid-19 vaccine, the Dubai developer’s chief executive said.

“Next year, we are hopeful and optimistic about two things: the Expo 2020 and a vaccine for coronavirus. With these two things happening, we will be launching [these] projects,” Farhad Azizi told The National on the sidelines of Cityscape in Dubai on Monday.

Planned launches in Dubai’s MBR City, Healthcare City, Al Furjan, Studio City and other developments are expected to generate Dh15bn to Dh20bn in sales, he said.

Azizi Developments plans to fund the new developments through a combination of its own equity, proceeds from off-plan sales and commercial loans if required. It currently has only Dh1bn of bank debt on its balance sheet. The company, which is rated BB- with a stable outlook by Fitch Ratings, may also consider upsizing its planned $300 million sukuk, if required, Mr Azizi said.

Despite the Covid-19-driven slowdown, the developer has already launched three projects this year in Dubai – two residential and one retail offering. It plans to launch two more residential buildings before the end of this year, which will bring the combined value of all five projects to Dh1bn.

Azizi Developments is spending more than Dh3.5bn in the next two to three years on the construction of its existing pipelines of 45 buildings across Dubai. From its ongoing residential projects across the emirate, it plans to deliver 3,000 property units this year.

The projects are an ambitious undertaking for the company given that it saw sales plummet to just one apartment a week at the height of travel restrictions in the UAE during the second quarter of this year, compared with selling 12 to 15 units a day before the pandemic.

As the economy opened up the volume of sales has picked up, but is still 30 per cent below last year, Mr Azizi said.

“The way things are picking up month after month, it would be a safe bet to launch projects with the right price tags,” Mr Azizi said.

“If there’s a V-shaped recovery, we, as a developer, are fully ready.”

Covid-19, which has infected 54.89 million people globally and claimed more than 1.32 million lives, has tipped the world economy into its worst recession since the 1930s. The International Monetary Fund expects global output to shrink 4.4 per cent this year and recover only modestly in 2021.

The real estate sector, a vital contributor to Dubai’s economy, has faced headwinds in the wake of the pandemic-driven slowdown. The property market which accounted for 7.2 per cent of the emirate’s gross domestic product in 2019, added more than Dh29.4bn to the economy, 3.3 per cent more than 2018, according to Dubai Land Department data.

While the volume of transactions has risen in recent months as the emirate’s economy continues to recover, prices still remain subdued due to ongoing oversupply fears. The average sale price was 9 per cent lower in the third quarter than in the same period last year, according to JLL.

Mr Azizi, who sees the property market bouncing back in the second quarter of next year, said the UAE government’s step to widen the criteria for 10-year visa qualifications and normalising ties with Israel will help the market recover faster.

The recovery of the real estate sector will also expedite the company’s plans to go public. A planned sukuk, he said, would make the company a “semi-public” entity, and is part of its goal to list.

“We were quite happy to hear from them that we were not that far from being ready,” Mr Azizi said.

The pandemic has made the company even more IPO-ready. It has helped improve various company functions and added efficiencies to its operations across the board.

“I would say from last year till now, we are more IPO-ready,” he said.

The ultimate timing of a share sale would depend on how fast the global, regional and local economies improve.

“There are a lot of things that need to happen before the IPO,” Mr Azizi said.