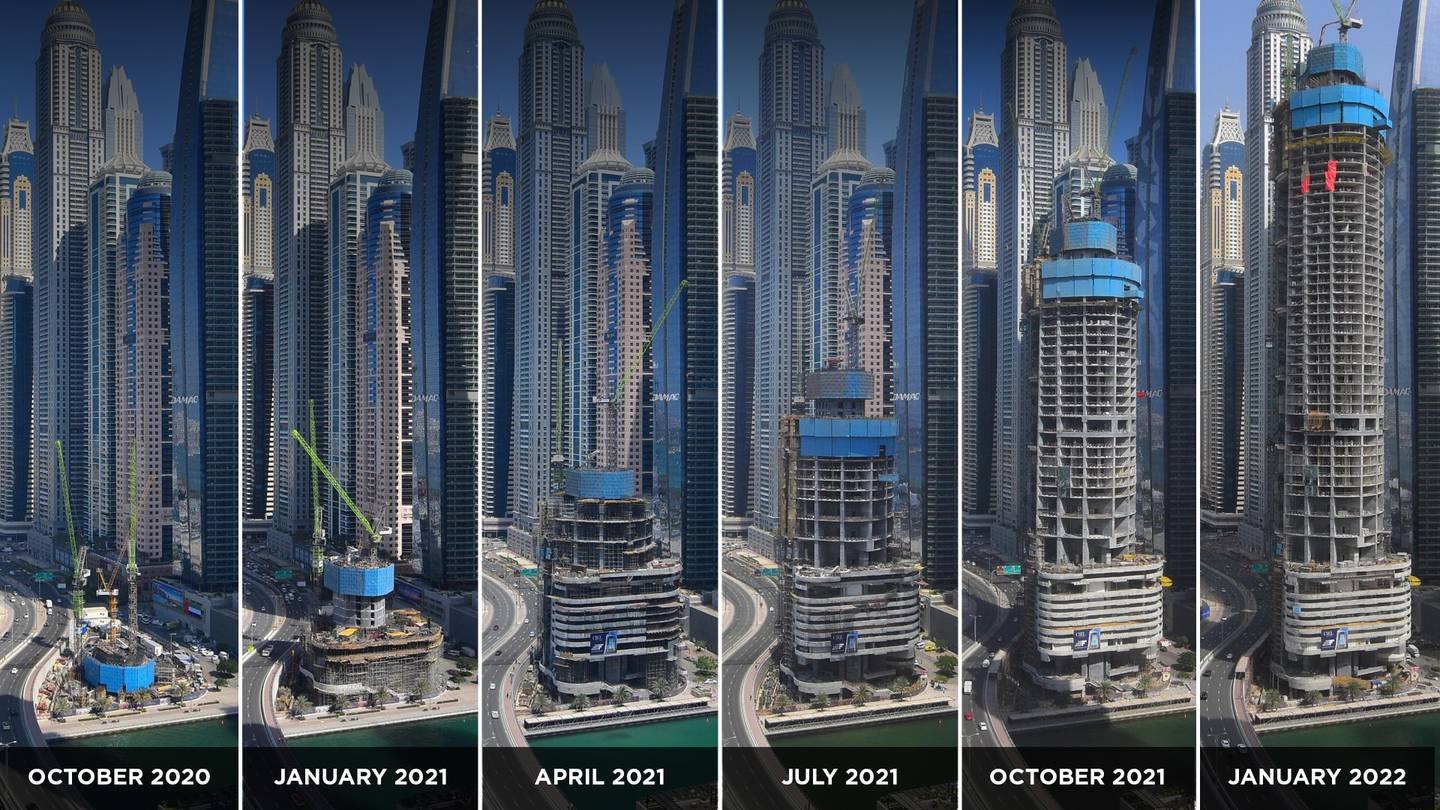 Construction of Ciel Tower in Dubai — set to be the world’s tallest stand-alone hotel at 365 metres — has reached the halfway stage of 52 storeys, said the skyscraper’s developer, The First Group.

Work on the megaproject in Dubai Marina is on track to meet the scheduled completion date in the fourth quarter of 2023, and the hotel’s opening in the first half of 2024, the Dubai-based developer said on Tuesday.

When completed, the tower will surpass Dubai’s 356m Gevora Hotel, which is currently the world’s tallest hotel. Designed by architectural company NORR, it is being built by The First Group’s chief development partner, China Railway Construction Corporation.

“Ciel is a landmark development for Dubai that will not only enhance its status as one of the world’s great tourism and business travel destinations, but will set a new benchmark for upscale accommodation in what is recognised as one of the most dynamic and competitive hotel markets on the planet,” said Rob Burns, chief executive of The First Group.

Dubai’s hospitality and tourism industry is continuing to recover from the coronavirus pandemic. The emirate hosted 7.28 million international overnight visitors between January and December last year, up 32 per cent year-over-year, Dubai Media Office said in February, citing data from Dubai’s Department of Economy and Tourism.

Ciel Tower will have more than 1,000 guestrooms and suites, as well as premium amenities, such as the Ciel Observatory & Lounge on the 81st floor and a signature rooftop Sky Terrace with infinity pool and bar.

A key feature of the hotel will be a 300-metre atrium with vertically stacked landscaped terraces that will span the building’s 82 floors.
The Gevora Hotel was named the world’s tallest hotel when it opened in 2018, beating the JW Marriott Marquis Dubai, situated less than four kilometres away, by only six metres.

The ever-evolving Dubai skyline has also recently been enhanced by the emergence of Uptown Tower, which is located between the southern end of Jumeirah Lakes Towers and the Jumeirah Park community.

Uptown Tower reached 329m last week, when concrete was poured for the roof at the 79th level. It will eventually reach 340m when a steel crown is placed on top of the building.

It will be the world’s 80th tallest building, according to data from Emporis.